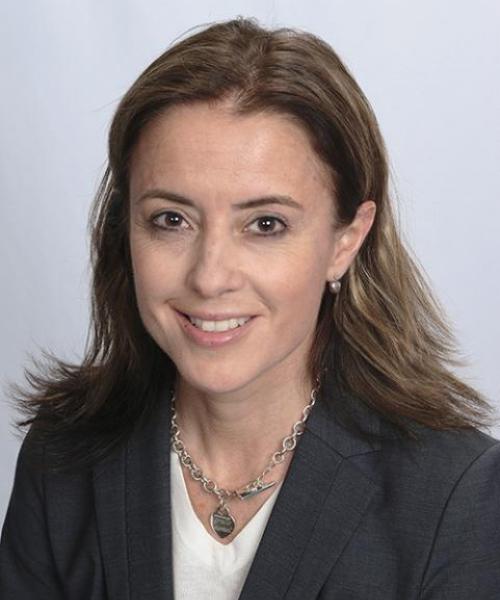 Dr. Nina Mutone is originally from Pittsburgh, Pennsylvania. Her interests include cycling, Crossfit, yoga, and spending time with her husband and two children.

In private practice since 2002
Joined Urology of Indiana in 2005

She has a high level of expertise in both nonsurgical and surgical treatment options, including minimally-invasive procedures and neuromodulation.

She has nationally-recognized expertise in robotic sacrocolpopexy for vaginal vault prolapse, and serves as a lecturer and proctor for other physicians on this topic.

Board Certified in Female Pelvic Medicine and Reconstructive Surgery

Dr. Nina Mutone is a graduate of the University of Notre Dame where she received her BS degree with highest honors in biology. She received her MD and MA degrees from Washington University School of Medicine, St. Louis, Missouri.

Dr. Mutone completed her residency in Obstetrics and Gynecology at Loyola University Medical Center, Chicago, Illinois, where she served as chief resident. She completed her Board-accredited fellowship in Female Pelvic Medicine and Reconstructive Surgery at Indiana University/Methodist Hospital in Indianapolis.