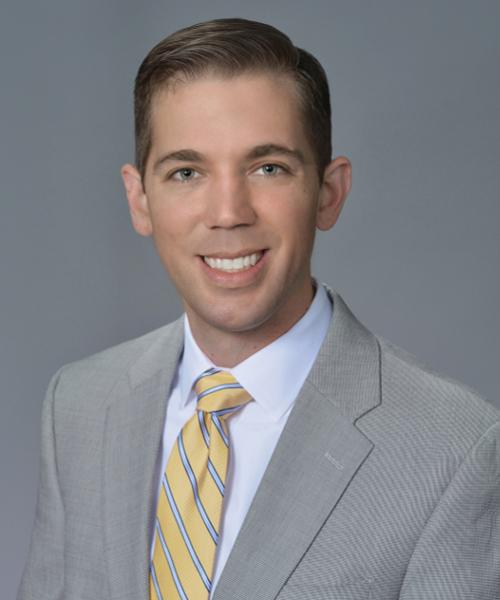 Infertility is the inability to conceive (reproduce) after at least one year of unprotected intercourse. Since most people are able to conceive within this time, physicians recommend that couples unable to do so be assessed for fertility problems. In men, hormone disorders, illness, reproductive anatomy trauma and obstruction, and sexual dysfunction can temporarily or permanently affect sperm and prevent conception. Some disorders become more difficult to treat the longer they persist without treatment. About 40% of infertility cases are related to male reproductive problems.

Under Dr. Kovac's leadership as medical director of UroPoint Centers for Male Fertility, we specialize in the comprehensive evaluation of male infertility, including in-office semen analysis and hormonal evaluation. Treatments include microsurgical reconstruction of the male reproductive tract, vasectomy reversals, sperm aspiration, surgical repair of varicoceles, as well as treatment of ejaculatory dysfunction, hormonal imbalance and infectious complications.

The search for an infertility cause usually begins with the male, because male examination and testing is less complicated. A thorough examination and a review of the man´s medical and surgical history are necessary, because chronic disease, pelvic injury, childhood illness, abdominal or reproductive organ surgery, recreational drug use, and medications can affect fertility. Physical examination may detect testicular irregularities (e.g., vericocele, absence of vas deferens, tumor), evidence of hormonal disorders (e.g., enlarged breast tissue or evidence of testosterone deficiency).

Retrograde ejaculation occurs when impairment of the muscles or nerves of the bladder neck prohibit it from closing during ejaculation, allowing semen to flow backwards into the bladder. It may result from bladder surgery, a developmental defect in the urethra or bladder, or disease that affects the nervous system, including diabetes. Diminished or "dry" ejaculation and cloudy urine after ejaculation may be signs of this condition.

A semen analysis is used to examine the entire ejaculate, because seminal fluid can affect sperm function and movement. Generally, three semen samples are taken at different times to account for normal variability. Six sperm factors are analyzed in semen analysis:

At least one-half of male fertility problems can be treated so that conception is possible. Treatment categories are drug therapy, surgery and assisted reproduction. Therapy includes methods to improve sperm production, induce ejaculation, obtain sperm, and/or inseminate an egg.

This procedure can be used to produce ejaculation when neurological dysfunction prevents it. An electrical rectal probe generates a current that stimulates nerves and induces ejaculation; semen dribbles out through the urethra and is collected. Retrograde ejaculation is associated with the procedure and sodium bicarbonate is usually taken the day before to make the urine alkaline (nonacidic) and nondetrimental to sperm. Candidates for electroejaculation include men who have undergone retroperitoneal lymph node dissection (RPLND), and those with spinal cord injuries, along with some diabetics and other neurologic diseases.

This technique is used to obtain sperm from the testes or epididymis when obstruction, congenital absence of the vas deferens, failed vasectomy reversal, or inadequate sperm production causes decreased sperm counts. Using a technique called micro epididymal sperm aspiration (MESA), a surgeon makes an incision in the scrotum and gathers sperm from the epididymis, the elongated, coiled duct that provides for the maturation, storage, and passage of sperm from the testes. Percutaneous epididymal sperm aspiration (PESA, or fine needle aspiration) is similar to MESA but does not involve microsurgery. A physician uses a needle to penetrate the scrotum and epididymis and draws sperm into a syringe. Testicular sperm extraction (TESE), the removal of a small amount of testicular tissue, is used to retrieve sperm from men with impaired sperm production, or when MESA fails.

Intracytoplasmic sperm injection (ICSI) may be used with immotile sperm during in vitro fertilization. Using a tiny glass needle, one sperm is injected directly into a retrieved mature egg. The egg is incubated and transferred to the uterus.

Fertilization occurs in 50% to 80% of cases and approximately 30% result in a live birth. The egg may fail to divide or the embryo may arrest at an early stage of development. Younger patients achieve more favorable results and poor egg quality and advanced maternal age result in lower success rates.

ICSI does not increase the incidence of multiple pregnancies. Long-term information about the health and fertility of children conceived through this procedure is not available because it was first performed in 1992.

While excess sperm from MESA or PESA can usually be frozen for future use, most TESE-derived sperm are not of sufficient quality or quantity for frozen storage (cryopreservation).

This procedure is recommended for couples with unexplained fertility problems and normal reproductive anatomy. Mature eggs and prepared sperm are combined in a syringe and injected into the fallopian tube using laparoscopy. Embryos that result from this procedure naturally descend into the uterus for implantation. Average conception rate for these procedures is about 30%.

Surgery is performed to treat reproductive tract obstruction and varicocele.

There are three surgical approaches used for cor­rection of a varicocele. The most common approach is through a trans-inguinal or groin approach in which a horizontal incision is made in a similar location as a hernia operation. The retroperitoneal or abdominal approach is used in patients who have already had an attempted varicocele or hernia repair and considerable scarring would be encountered through the trans-inguinal approach. The retroperitoneal incision is slightly higher and lateral on the abdominal wall. The laparoscopic approach is performed by placing a small camera and various instru­ments into the abdomen cavity each through thumbnail-sized incisions after the abdominal cavity has been inflated with C02 gas to aid in visualization of the dilated veins.

Vasoepididymostomy is a microsurgical procedure that corrects obstruction in the epididymis (coiled tube that connects the testes with the vas deferens).